For the latest updates on closures or modified hours for our UF Health clinical facilities, please click: END_OF_DOCUMENT_TOKEN_TO_BE_REPLACED

Difficulty with swallowing is the feeling that food or liquid is stuck in the throat or at any point before the food enters the stomach. This problem is also called dysphagia.

The process of swallowing involves several steps. These include:

There are many nerves that help the muscles of the mouth, throat, and esophagus work together. Much of swallowing occurs without you being aware of what you are doing.

Swallowing is a complex act. Many nerves work in a fine balance to control how the muscles of the mouth, throat, and esophagus work together.

A brain or nerve disorder can alter this fine balance in the muscles of the mouth and throat.

Stress or anxiety may cause some people to feel tightness in the throat or feel as if something is stuck in the throat. This sensation is called globus sensation and is unrelated to eating. However, there may be some underlying cause.

Problems that involve the esophagus often cause swallowing problems. These may include:

Chest pain, the feeling of food stuck in the throat, or heaviness or pressure in the neck or upper or lower chest may be present.

You may have problems swallowing with any eating or drinking, or only with certain types of foods or liquids. Early signs of swallowing problems may include difficulty when eating:

Your health care provider will order tests to look for:

Other tests may include:

You may also need to have blood tests to look for disorders that could cause swallowing problems.

The treatment for your swallowing problem depends on the cause.

It is important to learn how to eat and drink safely. Incorrect swallowing may lead to choking or breathing food or liquid into your main airway. This can lead to pneumonia.

To manage swallowing problems at home:

Medicines that may be used depend on the cause, and may include:

Procedures and surgeries that may be used include:

You may need a feeding tube if:

A feeding tube is inserted directly into the stomach through the abdominal wall (G-tube).

Call your provider if swallowing problems do not improve after a few days, or they come and go.

Call your provider right away if: 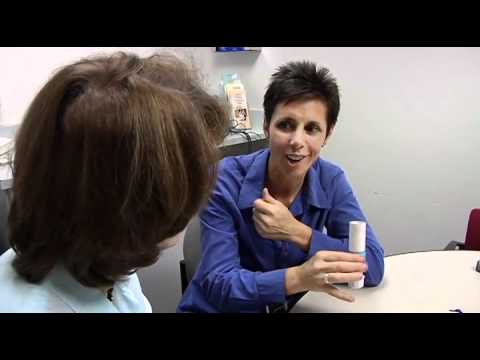