Ovarian cancer is cancer that starts in the ovaries. The ovaries are the female reproductive organs that produce eggs.

Ovarian cancer is the fifth most common cancer among women. It causes more deaths than any other type of female reproductive organ cancer.

The cause of ovarian cancer is unknown.

Risks of developing ovarian cancer include any of the following:

Ovarian cancer symptoms are often vague. Women and their doctors often blame the symptoms on other, more common conditions. By the time the cancer is diagnosed, the tumor has often spread beyond the ovaries.

See your doctor if you have the following symptoms on a daily basis for more than a few weeks:

Other symptoms that can occur:

A physical exam is often normal. With advanced ovarian cancer, the doctor may find a swollen abdomen often due to accumulation of fluid (ascites).

A pelvic examination may reveal an ovarian or abdominal mass.

A CA-125 blood test is not considered a good screening test for ovarian cancer. But, it may be done if a woman has:

Other tests that may be done include:

Surgery, such as a pelvic laparoscopy or exploratory laparotomy, is often done to find the cause of symptoms. A biopsy will be done to help make the diagnosis.

No lab or imaging test has ever been shown to be able to successfully screen for or diagnose ovarian cancer in its early stages, so no standard screening tests are recommended at this time.

Surgery is used to treat all stages of ovarian cancer. For early stages, surgery may be the only treatment. Surgery may involve removing both ovaries and fallopian tubes, the uterus, or other structures in the belly or pelvis.

Radiation therapy is rarely used to treat ovarian cancer in the United States.

After surgery and chemotherapy, follow instructions about how often you should see your doctor and the tests you should have.

You can ease the stress of illness by joining a cancer support group. Sharing with others who have common experiences and problems can help you not feel alone.

Ovarian cancer is rarely diagnosed in its early stages. It is usually quite advanced by the time diagnosis is made:

Call for an appointment with your provider if you have symptoms of ovarian cancer.

There are no standard recommendations for screening for ovarian cancer. Pelvic ultrasound or a blood test, such as CA-125, has not been found to be effective and is not recommended.

Removing the ovaries and fallopian tubes in women who have a proven mutation in the BRCA1 or BRCA2 gene may reduce the risk of developing ovarian cancer. But, ovarian cancer may still develop in other areas of the pelvis. 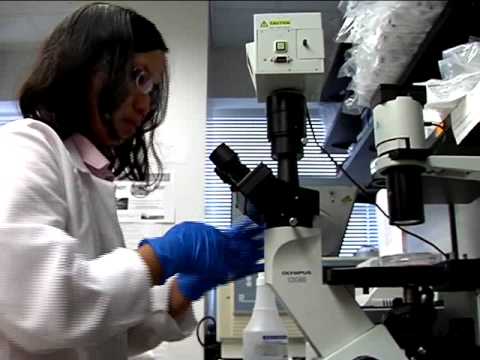