Dr. Christman joined the faculty in 2013 to direct the Division of Reproductive Endocrinology and Infertility at the University of Florida.  He has a long-standing clinical research interest in the biology underlying the pathogenesis of uterine leiomyomas (fibroids) and for 2012-2013 he was chosen to chair the Fibroid Special Interest Group of the American Society of Reproductive Medicine.  Dr. Christman is a Professor in the Department of Obstetrics and Gynecology and is board certified in both Obstetrics and Gynecology and the subspecialty of Reproductive Endocrinology and Infertility.  His clinical interests include the care of women with polycystic ovarian disease, premature ovarian failure, endometriosis, leiomyomas, and infertility.  His basic research interests include the study of apoptosis, gene therapy, and the development of prevention strategies to block the formation of uterine leiomyomas. He is currently involved in several clinical research studies in infertility management regarding the optimal use for medications used for ovulation induction, the use of GnRH analogs to prevent ovarian toxicity in women receiving alkylating chemotherapy, and the development and clinical application of novel non-hormonal treatments for endometriosis.

Dr. Christman completed both his medical school (1983) and OB/GYN residency training at the University of Wisconsin (1987).  At the completion of his residency training, Dr. Christman completed a 3-year T32 NSRA NIH Clinical Research Training Fellowship in Endocrinology and Metabolism at the University of Michigan Reproductive Sciences Program in 1990. During this time he initiated and completed an NIH clinical study regarding the effectiveness of estradiol and progesterone in slowing rapid GnRH pulsatility in women with polycystic ovarian syndrome.  This study led to the landmark discovery that women with Polycystic Ovarian Disease (PCOS) had an intrinsic inability to slow down hypothalamic GnRH pulse frequency when presented physiologic luteal levels of steroids. After his research fellowship, Dr. Christman was a Clinical Fellow in Reproductive Endocrinology and Infertility at the University of North Carolina-Chapel Hill.  Following this Dr. Christman joined the faculty at the University of Michigan in 1992 where he received the Berlex Scholar Award for Basic Science Research in 1993 to continue the research initiated during his fellowship at the University of North Carolina where he had been awarded the ACOG/Mead Johnson Clinical Research Fellowship Award in 1991. During this initial period at the University of Michigan, he established his interest in the study of uterine leiomyomas and was continuously funded by the NIH in this area for over 9 years. From 2006-2007 he completed additional postdoctoral training during his sabbatical in the laboratory of Dr. Jim Segars at the NIH in Bethesda, MD, where the phenomenon of mechano-transduction was identified as a new target for future fibroid therapies.  In addition to his research on leiomyomas, Dr. Christman played a key role in several multicenter clinical research projects.  In 1998, he served as a co-investigator on a NIH multicenter project looking at the safety of oral contraceptives in women with systemic lupus erythematous (OC-SELENA Trial) and he was a co-investigator on a multicenter case-control clinical trial performed at Michigan, Harvard and the University of South Carolina looking at the ability of GnRH agonists to protect the ovary from the toxic effects of alkylating chemotherapy.  Results from the multicenter OC-SELENA Trial demonstrated that a population of women with SLE could be defined where oral contraceptives could be given safely. The results of the GnRH agonist trial demonstrated that treatment with GnRH agonist during cyclophosphamide therapy was associated with a significant reduction of subsequent premature ovarian failure.

Dr. Christman was one of seven principal investigators involved in the last cycle of the NICHD Reproductive Medicine Network participating in the recently completed AMIGOS and PPCOS II Trials. At the University of Florida, Dr. Christman continues his work on an NICHD RO1 grant focusing on the use of GnRH analogs to prevent the ovarian toxicity of alkylating chemotherapy in women receiving immunosuppression for acute disease flares related to several rheumatologic conditions (PROTECT Trial). 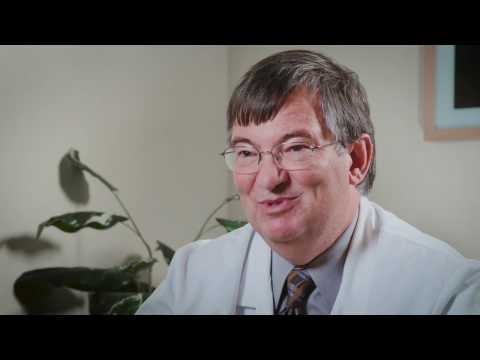